So, I'm really excited about this pokemon collecting thing.
Well here are the venusaurs I have right now. Most of these I had before I decided I wanted to collect venusaur. The mega venasaur I made myself, it's a brooch. I was very lucky to get that venusaur ex in the first pack of pokemom XY cards I bought.

Sorry for the crappy picture!

So, I am new to this whole live journal thing. I'm very bad at new websites but I just have to get used to it haha.

A little about myself I suppose, I am an art student in Ohio that loves, drawing, animals, and pokemon. Honestly, the reason I made this LJ was to join a pokemon-related group. I don't really know anyone personally that likes pokemon toys as much as I do (or really understands why I have so many!). So I hope to make friends with people like me :)

I've loved pokemon since it first came out. I did not play red or blue, but I watched the anime and started playing at gold version. After that I've played every generation since. Though, I started slacking with the black and white generation. Since pokemon X Y came out it has reignited my interest in pokemon. Finally, a portable pokemon game with 3D sprites!


Well, here's my current pokemon collection. Most of this stuff is pretty recent, because I just recently got back into pokemon. It's mostly miscellaneous right now. I do have a handful of venusaur items which I will post next. My favorite pokemon are jolteon, venusaur, nidoking, sableye, scolipede, mewtwo, and galvantula. 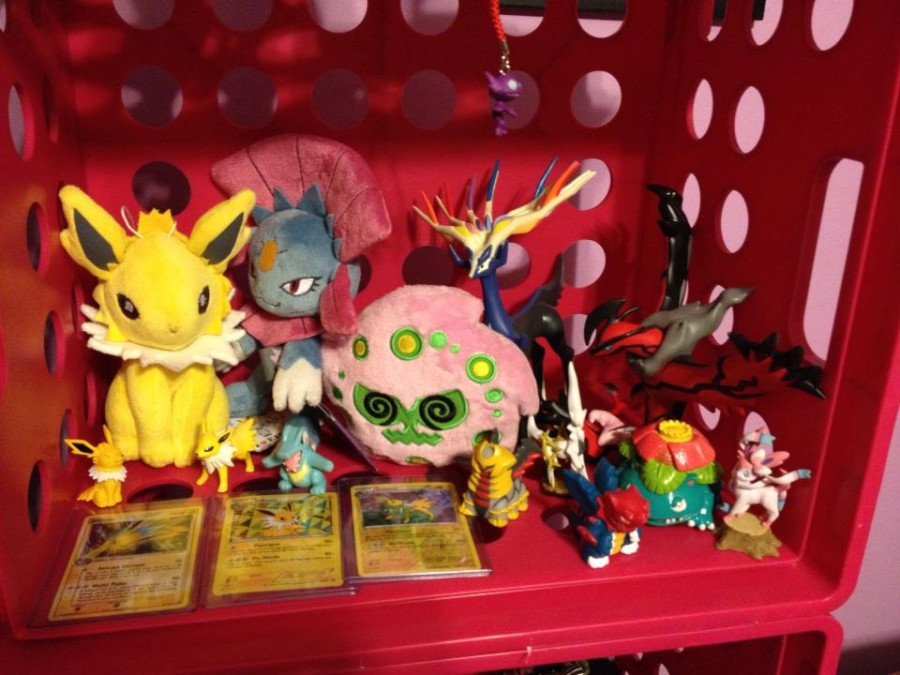